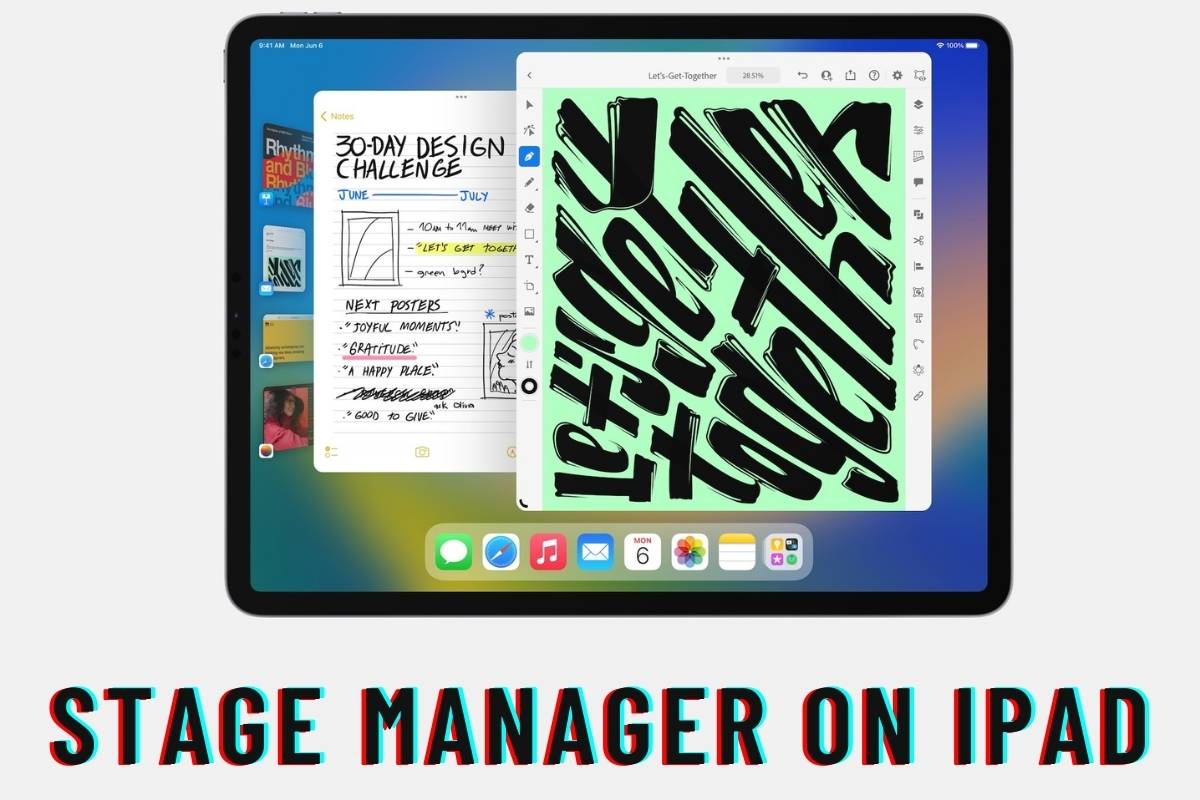 As the release of iPadOS 16 and macOS Ventura looms at the end of the month, one of the most anticipated updates to the iPad and Mac in recent memory, Stage Manager, is almost here.

Stage Manager is a plug-in for macOS that offers the possibility of enhancing efficiency and tidiness, but is otherwise completely discretionary. Not a huge deal. Either put it to good use or ignore it. But for the iPad, this new function is akin to an existential crisis.

Simply said, Stage Manager is a game-changer for the iPad because it brings windows to the tablet for the first time; in contrast, the Mac has been a window-based computing device ever since Steve Jobs pulled it out of the bag in early 1984. This difference highlights the essential challenge of porting Stage Manager to the iPad instead of the Mac.

From the Ground Up

A Mac user from 1984 who was suddenly transported to a Mac in 2022 would be amazed and confused by the advances in technology over the intervening 38 years, but they would still be able to use the computer because of familiar features like resizable windows, a menu bar, and the familiar close box in the upper left corner, which is now joined by two others.

Naturally, Mac windowing has developed over time. When I first started using a Mac, it was impossible to have more than one app open at once.

However, not long after, System 7 offered true multitasking, and our Mac displays quickly became cluttered with windows for a wide variety of applications. Starting with Mac OS X 10.0’s Dock and three stoplight buttons, Apple has gradually launched a suite of task switchers, including Exposé, Spaces, and Mission Control, all of which allow users to more easily transition between open windows.

What this means is that Apple took an idea—the first Mac interface—and refined and improved upon it for a full three decades. There are some flaws (the firm has spent the better part of two decades trying to figure out how normal users can locate windows that have been hidden behind others), but the system is solid and well-supported.

It’s a metaphor that’s been developed further into a system of icons, menu bar instructions, keyboard shortcuts, trackpad movements, and everything else you can think of.

While the iPad has been around for a while, it has a very short windowing history. Quick Note and the “floating center window” were introduced in apps like Mail in iPadOS 15; they were also windows, but they were unique windows that operated under their own set of rules. Even so, it was a shaky beginning. But other than that, there is no true definition of what an iPad window may be, how it should operate, or how a user would manage several windows.

This is why macOS Ventura is introducing Stage Manager, a window manager that will let you reorganize and manage your Mac’s windows in novel ways. That’s not zilch, and it’s able to use 38 years’ worth of background systems and user interface syntax.

Stage Manager, on the other hand, will need to come up with a brand new windowing metaphor from scratch on the first day of using an iPad. It’s a mammoth task. So it shouldn’t come as a surprise that Apple has supposedly been having trouble with it all summer.

An Issue With the iPad’s Identity

Let’s take a step back and ask ourselves why we need Stage Manager and how it relates to the iPad. The inability to quickly switch between different windows and applications, as is possible on a Mac, is apparently to blame. The more screen real estate you have—and my iPad Pro’s screen is just slightly larger than my MacBook Air’s—the more ludicrous the iPad’s limiting interface of only two applications at once seems.

The present method of multitasking on the iPad, known as Split View, begins to fail when more than two “windows” (they’re really tiles) are being used simultaneously. Although tiled user interfaces are highly efficient (no need for window chrome!) they are also rather rigid. Creating a four-paned view on my iPad Pro seems like it would be a difficult challenge to solve. Although I recognize that tiling has its fans, I am not among them.

However, Windows has been around for a while and has several advantages. They share the disadvantage of requiring a lot of space-hogging window chrome with the benefit of being able to overlap with one another.

The beauty of overlapping windows is that you may have several documents at your disposal while keeping one item in the foreground, something that even seasoned Mac users may not have realized they were doing. Due to the fact that it is not necessary to display the contents of all active windows at once, screen real estate is used effectively.

IOS 16’s Stage Manager is indecisive because he wants to be everything but nothing. It has windows, so you may have expected it to adopt the Mac approach. However, Stage Manager does not allow you to resize or relocate windows freely, which is one of its strongest features. It’s quite annoying that iPad windows can only be resized to predetermined limits and moved to predetermined destinations.

I can’t say I understand why Apple went with a hybrid strategy, but I don’t think it’s a good idea. Why restrict users’ ability to place windows where they like if providing all the power of overlapping windows is the goal? The enhancements over Split View are, thus, minimal.

The Components That Were Missing

I’m concerned that Apple hasn’t given much thought to the future of Stage Manager, or that if the current state of affairs is indeed the company’s ultimate goal, it’s settled on an odd compromise.

The iPad’s windowing system needs a solid philosophy if it is to succeed. For whatever reason, we need to know that windows were installed. They must act in rational ways. It’s all available on the Mac, but not on the iPad. To make matters worse, shrinking windows, dragging them to the stage, and launching new windows from the Dock are all cumbersome processes that can lead to a lot of irritation.

I hope Stage Manager for iPad will grow on me. I see a lot of promise in it. But figuring out the specifics of windowing on a whole new platform is a massive undertaking that will take years. The company would be well to learn as much as possible from macOS. Specifically, it must articulate the purpose of an iPad window and its ideal form.

More significantly, it must always work to improve its vision. Because whichever version of Stage Manager ships with iPadOS 16.1, will be a work in progress that will need constant attention over the next several months and, yes, maybe years.