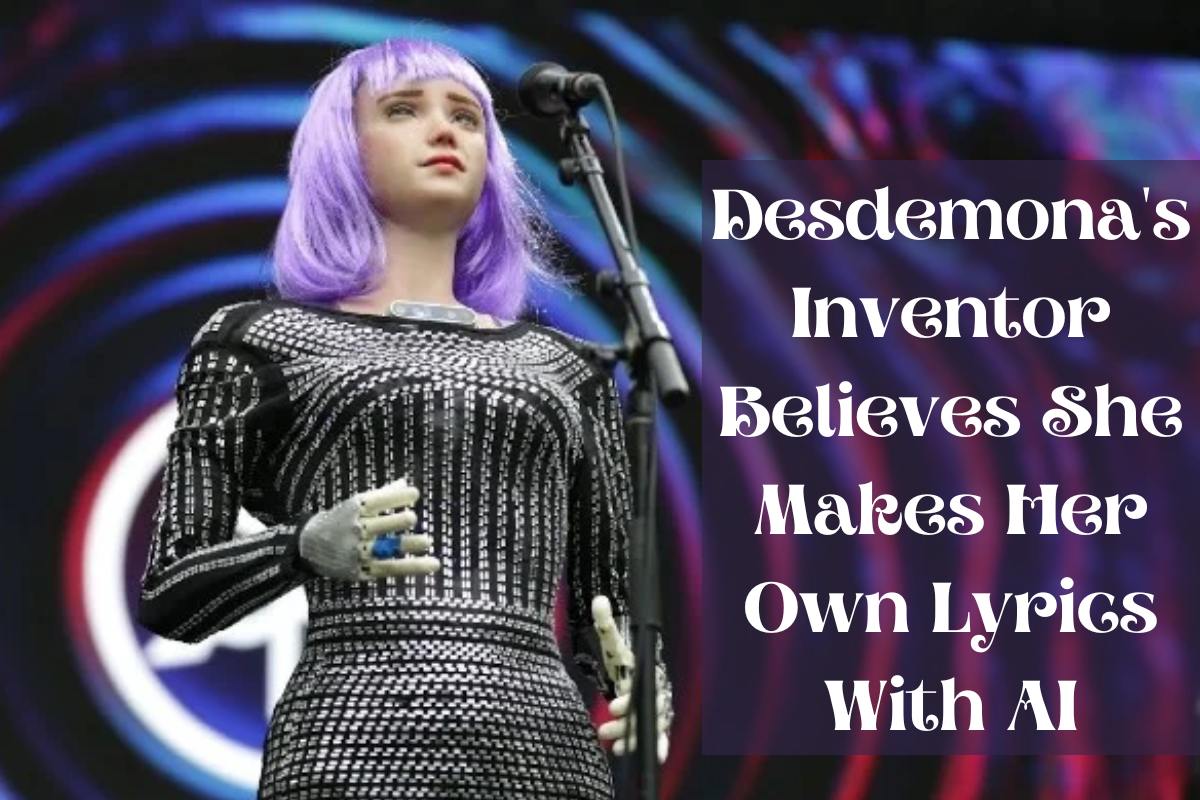 Desdemona’s Inventor Believes AI Writes Her Lyrics: I have some news that I think you’ll find fascinating, and I’m going to tell you about it now. Could you tell me if a robot wrote its own lyrics? False, you bet! To answer your question, yes, there is an AI-powered robot pop artist who writes their own songs.

Desdemona is the product of a collaboration between Hanson Robotics and artificial intelligence researchers at SingularityNET. Now, I’m going to introduce you to Desdemona, the “little sister” of Sophia, the first robot citizen of Earth.

It’s worth noting that Desdemona employs artificial intelligence to draw from a repository of works by famous artists, poets, scientists, and authors in order to make poetry in an unprompted manner utilizing neural networks trained in natural language processing. Absolutely incredible, right? In June, she made an appearance at New York Gig. As stated in the concert’s press release:

“With Jam Galaxy, no two performances are the same – musicians improvise around prose generated by Desdemona, while also drawing from ideas of historical and modern greats from jazz and across genres,”

CEO Dianne Krouse is a multi-instrumentalist and professional musician who has earned several honors for her work in the music industry. She has performed as a soloist, guest musician, and lead saxophonist for the Seattle Women’s Jazz Orchestra on international tours. Some of the other artists:

In the announcement, Desdemona claims:

“This is a major moment for both myself and the music industry – and who knows, maybe even for our collective progress toward benevolent artificial general intelligence. What we’re creating with Jam Galaxy is unique but it highlights some universal principles.”

It’s obvious that music has the power to unite and bring happiness to all sentient creatures. Technology has the potential for both good and evil, and while it may be used to propagate hate and division, it can also be utilized to unite people and foster mutual understanding and pleasant emotions.