Enhancements are available in Resident Evil’s Winter’s Expansion downloadable content. Play as Chris, Heisenberg, or Lady D in The Mercenaries, a game mode with 20 unlockables.

After being announced at E3 2021, Capcom is finally releasing the Resident Evil Village downloadable content, which includes a third-person mode, a coda to protagonist Ethan Winters’ storyline titled Shadows of Rose, and an updated version of The Mercenaries game mode in which players can assume the roles of Chris Redfield, Karl Heisenberg, or Lady Dimitrescu.

According to the expansion’s director, there will be a total of 20 unlockables (including levels and abilities) in The Mercenaries: Additional Orders. However, fans of Resident Evill Village will still be able to play as a 9-foot-tall furniture-throwing Lady D in one of the finest horror games for PC in 2022, despite the fact that the developers had to somewhat downsize one of its most popular characters to make them playable in-game.

In an interview with Polygon, Winters’ Expansion’s game director Kento Kinoshita revealed some previously unknown information about the upcoming DLC, most notably about the additional material coming to The Mercenaries game mode in the form of Additional Orders.

The game’s director, Kento Kinoshita, recently spoke with Polygon and disclosed some new details about the impending downloadable content (DLC), Winters’ Expansion, including the fact that the game’s The Mercenaries mode would be receiving new content in the form of Additional Orders.

The addition of these characters in The Mercenaries, which was at least partially in reaction to user input regarding preferred characters, will bring more variety to the game, where players are now restricted to battling hordes as Ethan.

Kinoshita clarified that while Lady D is still shown in her towering form, she was scaled down slightly so that she could be played within the game’s technological limitations.

Though the three heroes may seem formidable, players will still need to chain attacks to reach high scores. Furthermore, they will have the option to invest in item upgrades, weapons, and abilities to further improve their performance in the game.

According to Kinoshita, the developer, the update adds a total of 20 unlockables, such as new levels and skills. One of the new characters may make obtaining the LZ Answerer, who is now difficult to gain in the game, simpler, as the developer indicates.

The Resident Evil Village: Winters’ Expansion downloadable content will be available on October 28 for roughly $20 for those who have already purchased the main game. The downloadable material for the game consists of a third-person mode, the additional content pack Shadows of Rose, and the Additional Orders upgrade for the Mercenaries. Resident Evil Village Gold Edition will be available for roughly $50 on the same day for players who do not already possess the game.

In the meanwhile, if you just can’t stop playing Resident Evil Village, here are the mods we think are the greatest. Check out our Resident Evil Village bosses guide if you’re a seasoned veteran looking to brush up on how to defeat the game’s most challenging opponents, or if you’re just getting your feet wet in the game in honor of the Halloween season. 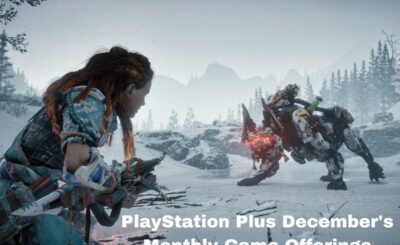