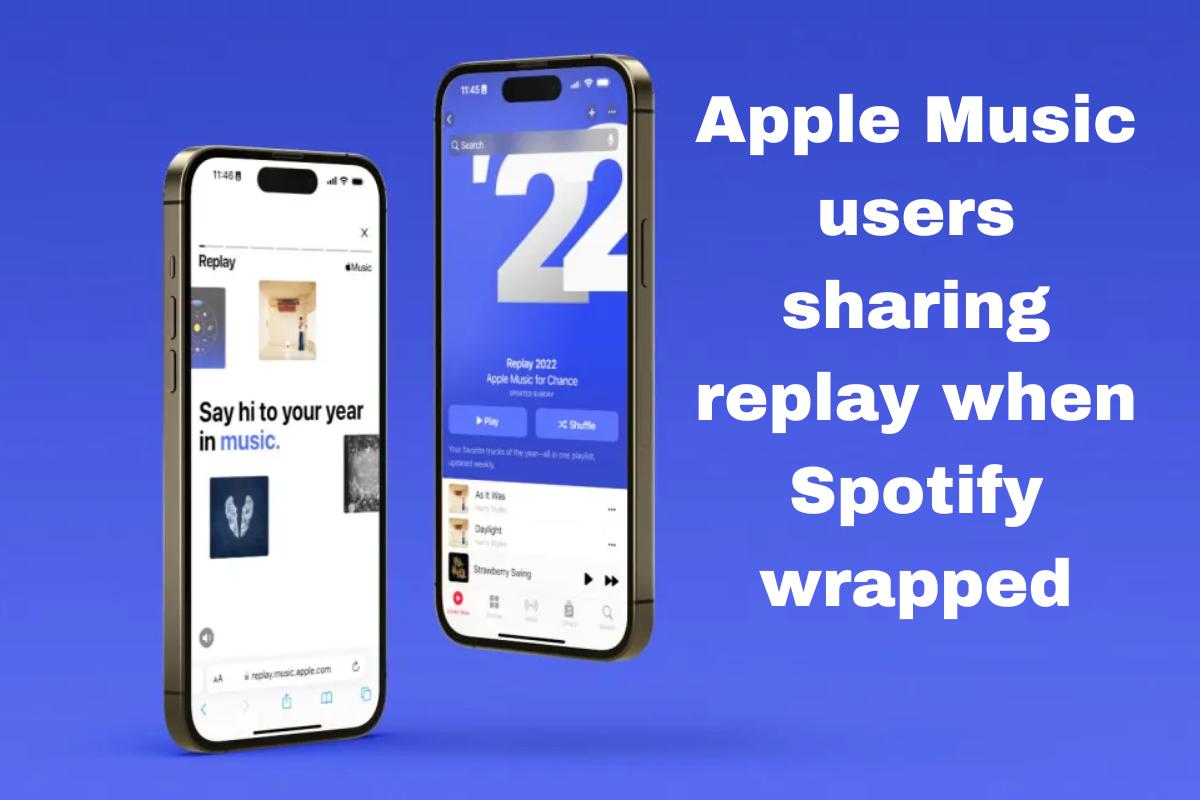 Apple Music users sharing replay: the streaming service’s year-in-review tool has been updated for 2022 with new elements, one of which is a highlight reel that looks to be quite similar to Spotify’s Wrapped.

Easily shareable cards highlighting a user’s year-end achievements in many categories, such as song and artist, spread like wildfire every December.

There have been a number of other releases from competing streaming services. Apple’s “Replay Mix” is the product’s main draw, as it compiles a user’s top one hundred played songs from a given year into a single playlist.

A new set of songs are added to this playlist every week automatically, so check back often! As a result, 2022 Replay Mixes were available to Apple Music customers far in advance of the official release of Apple Music Replay 2022.

By the time the year-in-review elements of Apple Music Replay are introduced, often during the first week of December, however, there is sufficient data to adequately represent a user’s music preferences throughout the year.

In 2022, Apple Music Will Have the Following Number of Songs Available

Despite Apple Music Replay’s existence for some years, the 2022 version features a whole new interface and set of features. Normally, the data would be presented on a mobile-friendly website, but this year, we have included cards that look like those in Spotify Wrapped.

Users who go to the Apple Music Replay website will see an updated highlight reel of their listening habits over the last year, but with a twist. Sound bites from the most streamed songs play in the background while you swipe through a user’s streaming statistics cards. It’s easy to send one of these cards to a pal using your mobile device’s social networking apps.

Once users have tapped through the highlight reel (or skipped it altogether by pressing “Your Complete Replay”), they will be able to view the full details of their year in music streaming. Apple Music Replay will display the number of songs listened to in 2022 as the first category, and users will be able to see the specific titles they listened to.

By just scrolling through their most played songs and clicking on the album cover art, they may begin listening to any of their favorite songs without leaving Replay 2022. Users may view their top 100 songs by going to their Replay Mix ’22, however, only the top ten are shown here.

Time spent listening to an artist’s music was formerly a standard for ranking performers. It’s measured in minutes this year. It doesn’t matter in the real world, but knowing it helps put this year’s results in context with those from previous years.

Albums and playlists, the final two groups, are organized in the same way as the preceding ones. You may open your complete Replay Mix ’22 on Apple Music by tapping the link on the page’s bottom. Apple Music Replay has been revamped to look and function more like Spotify Wrapped, and the new version is now available.